Members of both the Opposition and ruling parties in the Legislative Assembly on Thursday demanded that the State government take immediate steps to recruit teachers in primary and high schools and construct sufficient classrooms for ensuring quality education in government schools.

In reply to questions, Minister for School Education and Literacy B.C. Nagesh said a process for recruitment of 15,000 teachers was on and tests were conducted on May 21 and 22. About 47,000 teacher vacancies exist in the State. Guest teachers had been appointed for teaching different subjects for primary and secondary schools.

In reply to Narasimha Nayak (Rahugouda) of the BJP, Mr. Nagesh said the student-teacher ratio was 25:1 in Kalyana Karnataka region and 16:1 in other parts of the State. The department had decided to recruit 5,000 teachers in Kalyana Karnataka region. But it was difficult to get 5,000 qualified candidates for the posts. At least 3,000 teachers would be posted to the region, he said.

One more test would be conducted in October or November for recruitment of teachers.

Amaregouda Bayyapur (Congress), representing Kushtagi, said there were no permanent teachers in 10 schools in his constituency. Eshwar Khandre (Congress) alleged discrimination in the education system and posting of teachers to the Kalyana Karnataka region.

Speaker Vishweshwar Hegde Kageri, who served as the Education Minister, said teachers who get posted in Kalyana Karnataka region seek transfers to their native places and this causes a large number of vacancies in the region.

On the construction of classrooms, the Minister said schools needed 24,000 classrooms and about 8,000 classrooms would be built this year. A total of 4,684 classrooms were built during the Congress government during 2013-18.

Chief Minister Basavaraj Bommai on Thursday informed the Legislative Council that all vacant posts in gram panchayats will be filled in the next three-four months through direct recruitment or promotions.

Replying to Congress member Manjunath Bhandari, the Chief Minister said that 326 PDOs, 635 grade-1 secretaries, and 340 grade-II secretaries would be recruited within three or four months to facilitate better administration to the people. 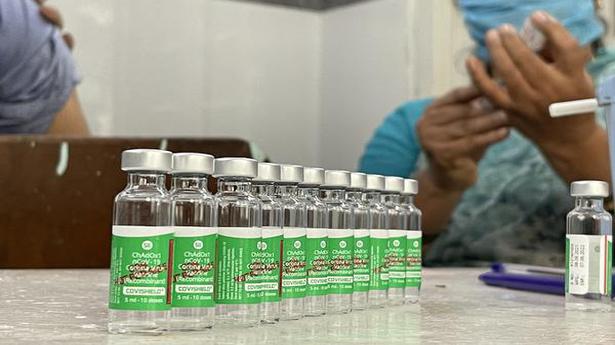