The Comptroller and Auditor General (CAG) of India has indicted the West Bengal government for exaggerated assessment of damages due to super cyclonic storm Amphan that hit the State in May 2020.

The State had calculated that the damages were worth ₹1.02-lakh crore and to meet that, it sought ₹35,018 crore Central assistance, an amount that the auditor has dubbed as “exaggerated and unrealistically high and not supported by proper evidence of damage”.

The Calcutta High Court, hearing several PILs alleging irregularities and corruption in distribution of relief and diversion of funds, had directed the CAG to carry out performance and financial audits of West Bengal’s response to Amphan, that caused large scale damages to 16 of the 23 districts and claimed 99 lives.

What the team found

In its final report, CAG has said an inter-ministerial central team (IMCT), comprising representatives from States and the Centre, had found that the physical quantum of damages were much lower than the State’s assessment. The Centre had approved only ₹2,707.77 crore under the National Disaster Response Fund norms.

The CAG noted that records and documents relating to assessment of damages to the extent of ₹1.02-lakh crore were not produced during the audit and that the figure appeared to have been made on “considerably higher side”.

About 93 per cent of the assistance provided was distributed in the South and North 24 Parganas, Purba and Paschim Mednipur, Nadia and Hooghly districts. The CAG had detected that in numerous cases, funds were released either to ineligible beneficiaries or double or multiple benefits were given to same households due to lack of adequate institutional mechanisms and processes for relief and rehabilitation. The report is littered with series of irregularities and doubtful payments in different segments identified to assess damages which has prompted the CAG to recommend investigation.

In one such instance, the CAG flagged that ₹251 crore undue financial assistance was given for building damages. 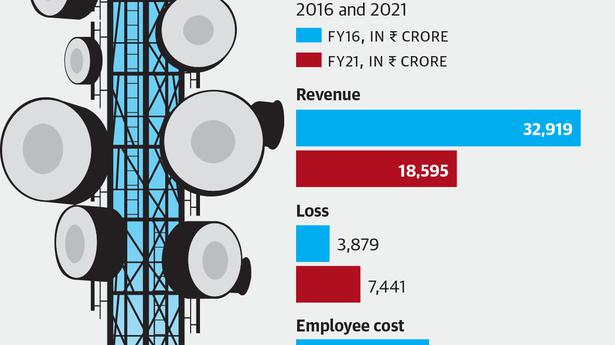