It took months of planning and coordination with multiple states and agencies to carry out the well-coordinated, wide-scale operation against the Popular Front of India (PFI), top government sources said on Thursday.


To keep the operation undercover as per the directives from the top, the security officials held meetings or talks with their counterparts very discreetly.

Such was the secrecy that National Security Advisor (NSA) Ajit Doval held meetings with Kerala Police at a time when Prime Minister Narendra Modi visited Kochi earlier this month for the commissioning of the aircraft carrier INS Vikrant.

With directions from Union Home Minister Amit Shah, the security team executed the operation with the NSA taking the charge. After Kerala, the NSA moved to Mumbai where he stayed at the Governor`s House in the city to hold meetings with security officials there.

The sources said that utmost care was taken to ensure that secrecy was maintained like it was done in the time when article 370 which granted special status to Jammu and Kashmir was abrogated.

Sources said the planning to act against the PFI, which was allegedly involved in various anti-national activities, was on for the last three to four months and it was developed in a way that the action across the 11 states was coordinated and executed round the same time to prevent PFI cadres to get alarmed and flee.

On the D-Day, midnight operations were launched by investigation agencies and police forces in 11 states where so far over 105 PFI cadres have been arrested. Sources said more operations would be required to nab more PFI activists in view of the inputs coming from the arrested activists. 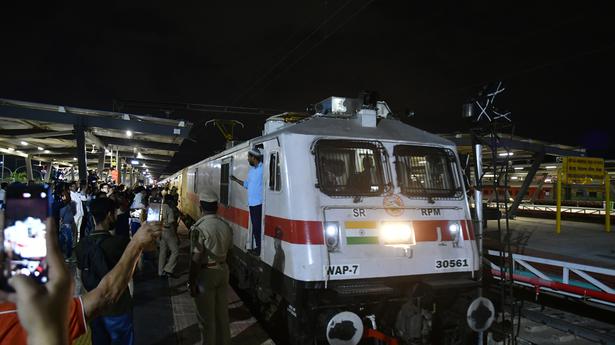