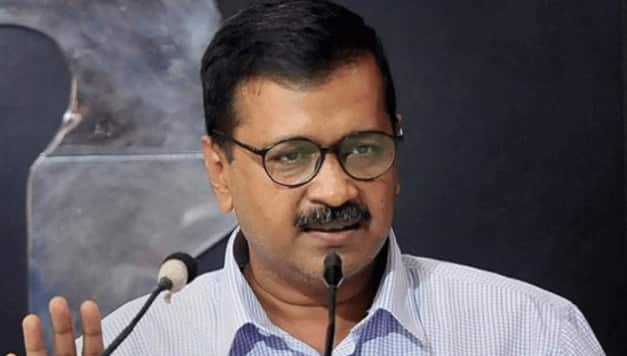 Ahmedabad: Aam Aadmi Party’s national convener and Delhi Chief Minister Arvind Kejriwal will be on a day-long visit to Gujarat to address a town hall meeting in Vadodara on Tuesday. The AAP leader has visited the state multiple times in the recent past as Assembly elections in BJP-ruled Gujarat are due later this year. Last week, the Delhi CM held town hall meetings in the state where he interacted with auto-rickshaw drivers, lawyers and other people.


Kejriwal will hold a press conference today before attending a town hall meeting to “give his message to the people of Gujarat,” state AAP president Gopal Italia told PTI, adding that Delhi Deputy Chief Minister Manish Sisodia, however, will visit Ahmedabad on Wednesday to offer prayers at the Sabarmati Ashram before embarking on the party’s campaign in north Gujarat.

During his multiple visits to Gujarat in the recent past, AAP chief Kejriwal had announced a slew of “guarantees”, including free electricity up to 300 units per month, allowances for women and unemployed youth, free and quality healthcare and education and the creation of jobs.

The ruling BJP in the state is trying to scuttle the AAP bid to expand its base ahead of the Assembly polls, alleged the Aam Aadmi Party. The AAP has alleged that the BJP threatened and forced 13 owners of various venues to cancel bookings to ensure that Arvind Kejriwal’s programme cannot be held in Vadodara on Tuesday. Meanwhile, BJP spokesperson Yagnesh Dave refused to comment on the AAP leader’s claim.

Kejriwal tagged the tweet of AAP national joint secretary Isudan Gadhvi and said it was not right to prevent Opposition parties from holding programmes. Gadhvi tweeted, “In Gujarat, the corrupt BJP, which has been preventing our spokespersons from debate by threatening TV media, has now got bookings of 13 venues cancelled by threatening the owners so that Kejriwal ji’s programme is not held in Vadodara. The BJP, scared of Kejriwal’s popularity, is now rattled.”

Delhi CM Kejriwal also tweeted, “It is not right to prevent Opposing parties like this from holding programmes. You conduct your own programmes, let all the other parties conduct their programmes. Winning and losing continue. Bullying people like this is not right.”

Earlier on Sunday, Kejriwal had alleged Prime Minister Narendra Modi and the BJP are trying to “crush” the AAP in the name of fighting corruption as they feared a defeat in Gujarat polls. Addressing the first-ever national conclave of his party’s elected representatives in Delhi, the AAP chief also alleged that several (TV) channels’ owners and their editors have been warned against giving coverage to AAP in Gujarat, threatening them with dire consequences.