Varanasi: The Varanasi district court on Monday rejected the plea questioning the maintainability of a petition seeking permission for daily worship of Hindu deities whose idols are located on an outer wall of the Gyanvapi mosque.

District Judge A K Vishvesh ordered that it would continue to hear the petition seeking the right to worship in the temple.

“In Section 4 (9), ‘Temple’ has been defined as the Temple of Adi Visheshwar, popularly known as Sri Kashi Vishwanath Temple, situated in the City of Varanasi which is used as a place of public religious worship, and dedicated to or for the benefit of or used as of right by the Hindus, as a place of public religious worship of the Jyotirlinga and includes all subordinate temple, shrines, sub-shrines and the Asthan of all other images and deities, mandaps, wells, tanks and other necessary structures and land appurtenant thereto and additions which may be made thereto after the appointed date,” the court order stated.

“From the perusal of above mentioned provisions of the Act, it is clear that no bar has been imposed by the Act regarding a suit claiming right to worship idols installed in the endowment within the premises of the temple, or outside. Therefore, defendant no. 4 failed to prove that the suit of the plaintiffs is barred by the U.P. Sri Kashi Vishwanath Temple Act, 1983.

The court has fixed 22 September as the next date of hearing in the case.

Five women had filed the petition seeking permission for daily worship of Hindu deities whose idols are claimed to be located on an outer wall of the Gyanvapi mosque. The Anjuman Intezamia Masjid Committee has said the Gyanvapi mosque is a Waqf property and questioned the maintainability of the plea.

The district judge had last month reserved the order till 12 September in the communally sensitive matter.

Madan Mohan Yadav, a lawyer of the Hindu side, had claimed that the mosque was constructed after demolishing the temple. The case is being heard by the district court following an apex court order.

Earlier, a lower court had ordered a videographic survey of the complex. The survey work was completed on 16 May and the report was presented in the court on 19 May.

The Hindu side had claimed in the lower court that a Shivling was found during the videographic survey of the Gyanvapi mosque-Shringar Gauri complex but it was contested by the Muslim side.

(With inputs from agencies) 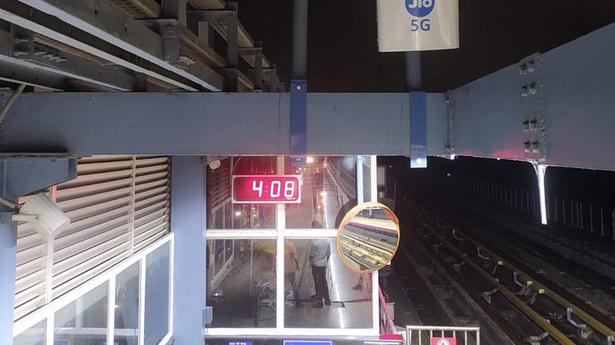