A couple from Rajapalayam, M. Santhanakrishnan (55) and Ramalakshmi (45) was killed after their car rammed a roadside tree in Srivilliputtur in early hours of Monday. Their daughter, Induja, a final year MBBS student, who was injured in the accident, has been admitted to private hospital in Madurai.

Santhanakrishnan, hailing from MPK Pudupatti near Rajapalayam, was running a spinning in the region.

Police said he was driving the car from Madurai and the family was just a few kilometers away from reaching their home, when he lost control of the speeding vehicle and it hit against a roadside tamarind tree at around 4 a.m.

The couple was killed on the spot. Their bodies have been taken to the Government Hospital here. Srivilliputtur Town police are investigating. 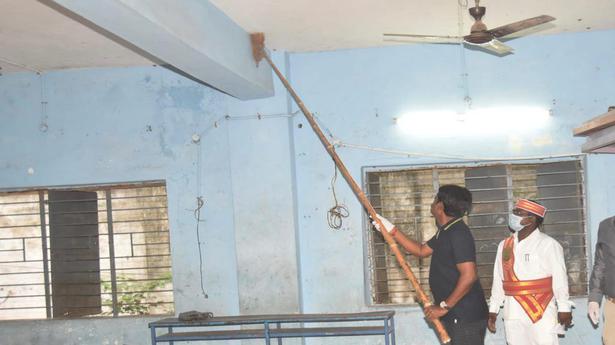 Mass cleaning campaign held at all 1,293 government schools in Villupuram